Located just off the southern tip of Manhattan is a place where many people have never visited,  Governors Island.

Today it is open to the public with portions of the island maintained by the National Park Service as a National Historic Landmark and 150 acres now owned by the State and City of New York for public use. However, this island has a history dating back to well before the 1700’s. From 1783 to 1966 it served as a United States Army Installation, and from 1966 to 1996 was home to the United States Coast Guard.

To this day, the Island still houses two forts. Fort Jay, built in 1794 and Castle Willams which completed construction in 1811.

You may have seen Castle Williams if you were ever passing through the New York harbor. It’s the round structure pictured below.

It was even converted and used as an army prison during the civil war. Here is the entrance from the Island.

Look at the ornate scrollwork on the arch keystone. I don’t think this is something you would see today on a military base.

It appears repair efforts are underway on the exterior which is over 200 years old. 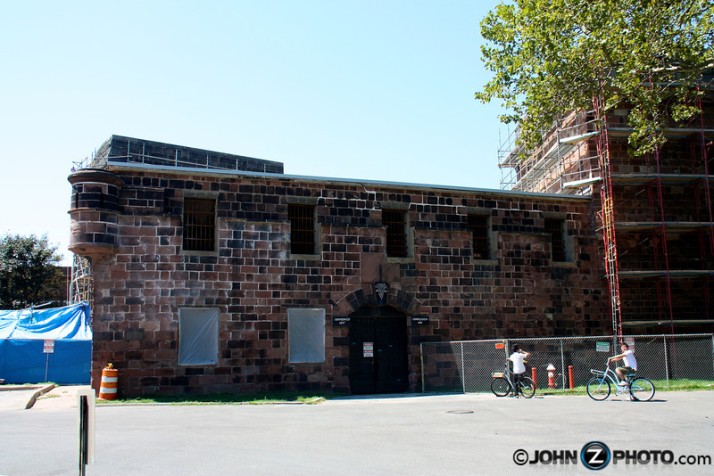 While these historic buildings appear to be an amazing step back in history, it doesn’t take long to realize why they are here.

Canon on Display on top of Fort Jay

If you look in the grass, you can see how many other canons once stood ready to protect the New York Harbor.

Nearby, if you head underground, you will find yourself in an old Armory.

Entrance to Armory under Fort Jay

Once a highly restricted area that stored gun powder, ammunition, and explosives. 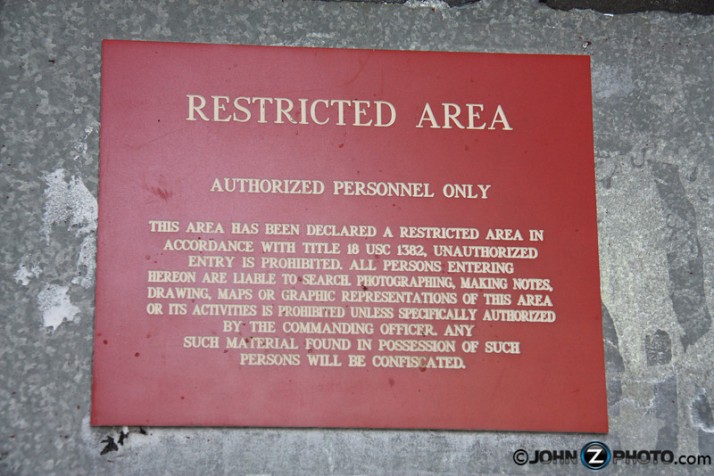 The underground bunker contains many small rooms and compartments for storing the explosive materials. 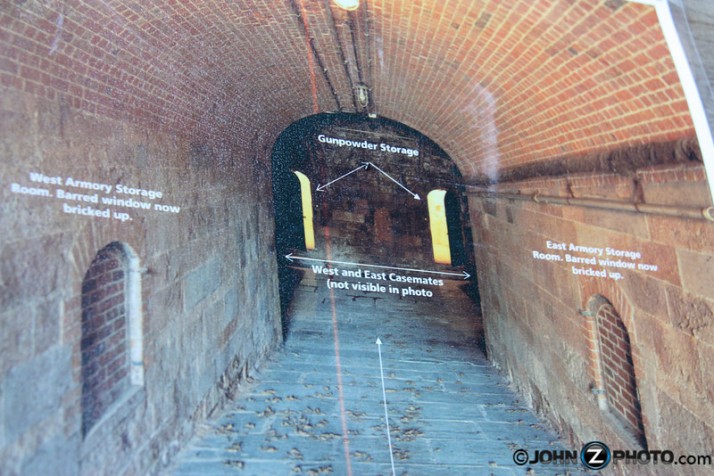 Image Used for Visitors to the Armory

It’s amazing to think of all the firepower that was once stored here ready to be used by our soldiers. 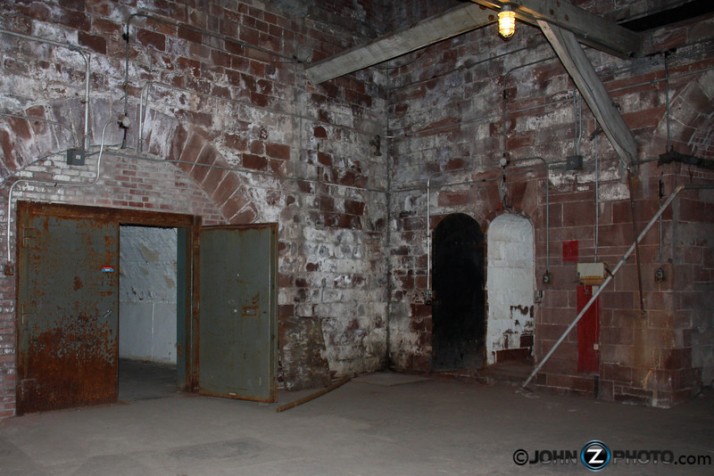 Inside View of Armory Entrance and Storage Room

Some of the rooms are quite large and could easily fit something as big as a car.

While the island does have a vast military history. There are constant reminders that thousands and thousands of people once lived here.

There are many housing complexes around the island. Here is a row type apartment complex.

There were once multiple high rise apartment complexes around the island. Most, if not all, have since been burned or taken down.

Burned? Did I read that right?

Yes…Burned, but not by vandals or even by accident. Fires were carefully ignited by the trained professionals of the New York City Fire Department.

A little known fact is that the FDNY trains at Governors Island and have conducted multiple controlled apartment fires and training videos for the department, for research studies, and for firefighters throughout the country.

The FDNY has published videos depicting the danger and speed Christmas trees burn in an apartment, to how quickly rooms can become fully engulfed with smoke and flames. You can see some of their other controlled burns here and here.

There are reminders everywhere that, not so long ago, this was a living, breathing, mini city. This was once the island library.

I took a look through the windows and there were even still books inside.

Here is where the residents came to get some food, drop off a little dry cleaning, or even get their hair done.

Need to get your teeth cleaned or get a new filling? Then the dentist is where you’ll need to go. It looks like they are closed for lunch though.

I don’t think this Auto Service Center could fix any vehicles these days.

Apparently there was even a golf course.

There are reminders everywhere of the U.S. Coast Guard’s 30 year home on the island, like this now abandoned station house.

For commanding officers of the island, here is the Admirals House a National Historic Landmark since 1967. Notice the two canons that sit on either side of the walkway.

The oldest structure on the island is the Governors house. It was used for many years by some of New York’s Royal Governors.

Records for this house indicate that it could have been erected as early as 1702!

Plaque Attached to The Governor’s House

For the faithful, there’s even an elaborate church.

The pews have since been removed, but you get the idea.

I’m sure there were many children baptized here over the island’s long history.

The weekend I visited, there was actually a 1920’s festival. Complete with traditional dancing. 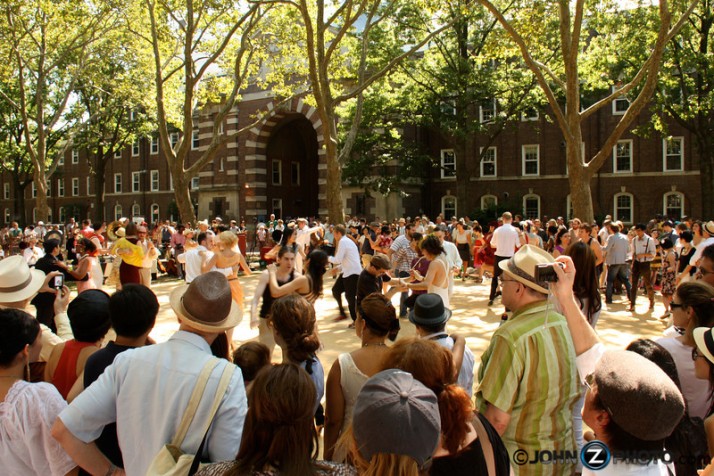 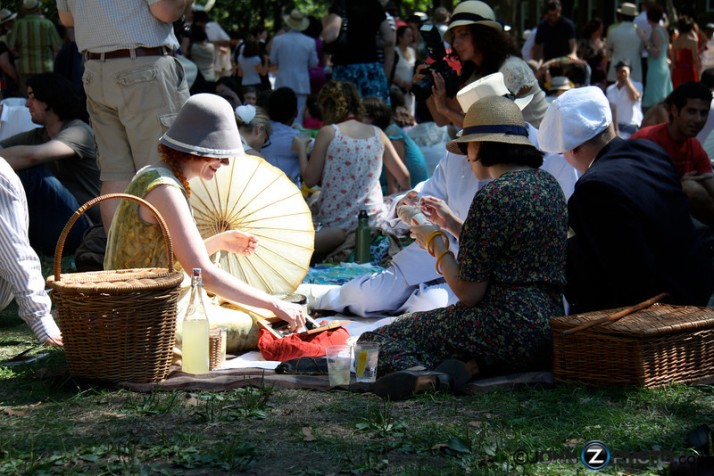 Some roaring 20’s music complete with a live band and gramophones.

And even some oldie time photos… 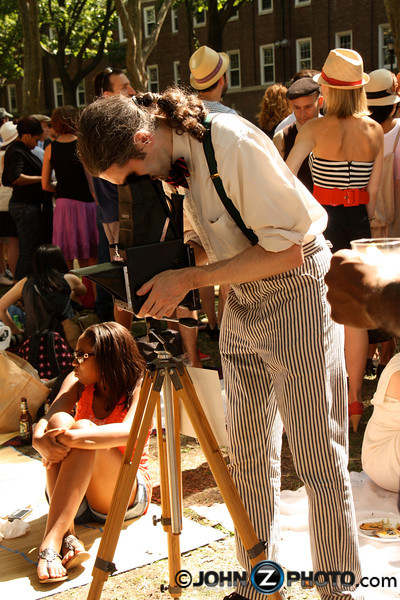 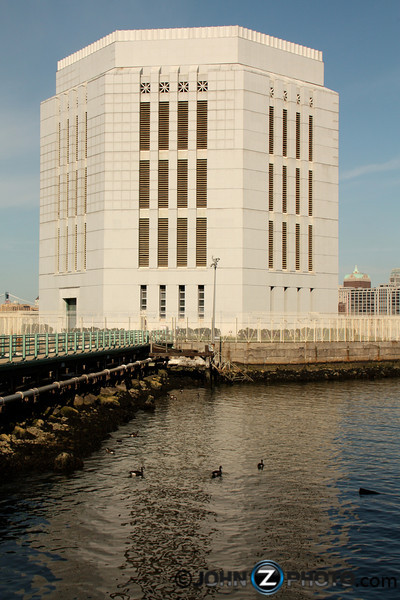 It’s actually a vent structure for the Brooklyn Battery tunnel and has it’s own long standing history in the city of New York.

The octagonal building began construction in the 1940’s.

While on the island, it’s quite and serine.

Guide Signs on Governors Island with Lower Manhattan in Background

It’s actually hard to forget that you’re just a stones throw away from lower Manhattan. 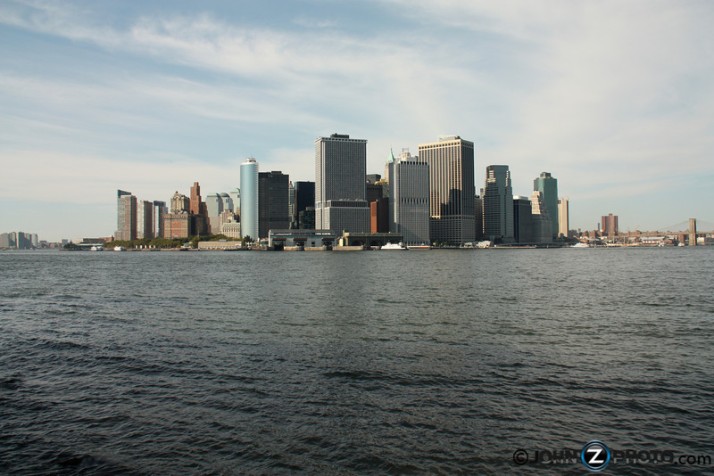 And the Brooklyn and Manhattan bridges.

Docking back at the terminal, you realize, even the Ferry Building is truly a work of art. 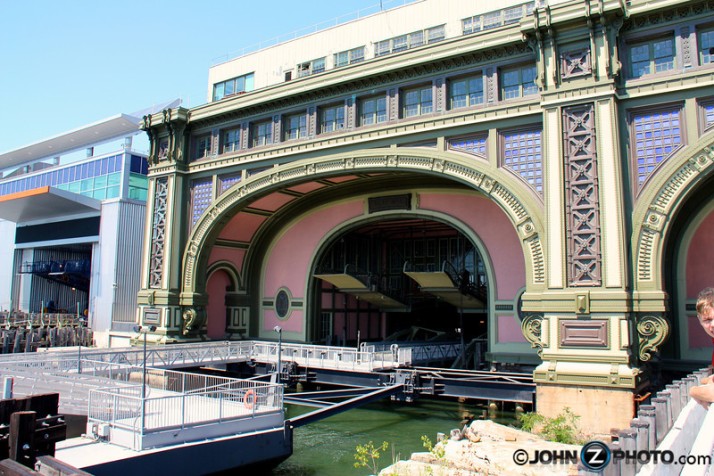 So if you find yourself visiting New York City for a bit, I would highly recommend taking a trip to Governors Island to take a step back in history and learn a little about New York’s past. I can assure you that you’ll also enjoy a beautiful day in the New York harbor with a view not seen very often.

If you’re interested in history like this, check out photos from my visit to the abandoned South Side Ellis Island Hospital Complex once closed to the public for over 50 years.